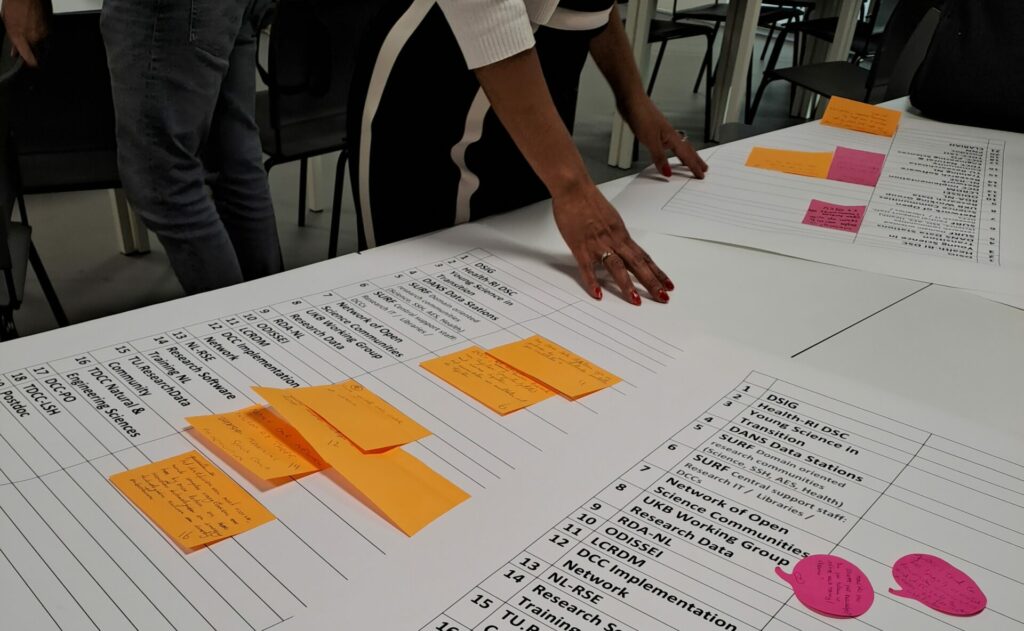 On November 1st the LCRDM networking day took place in Utrecht where we as OSC-NL also participated. The networking event was mainly focused on research data management but also had an event that was specifically aimed at communities in the Netherlands. During the “Meet the Communities” event we met many familiar faces – for example DANS Data Stations were represented, SURF and 4TU.ResearchData who organise the Dutch Data Prize.

We were also particularly happy to meet initiatives that emerged from the bottom up and that we ourselves were not yet aware of, such as, Young Science in Transition (https://scienceintransition.nl) in which early career researchers at the Utrecht UMC engage in topics of recognition and rewards and open science or the national postdoc network (https://www.postdocnl.com). In this sense, this meeting was particularly successful as we found great new connections.

This site uses Akismet to reduce spam. Learn how your comment data is processed.